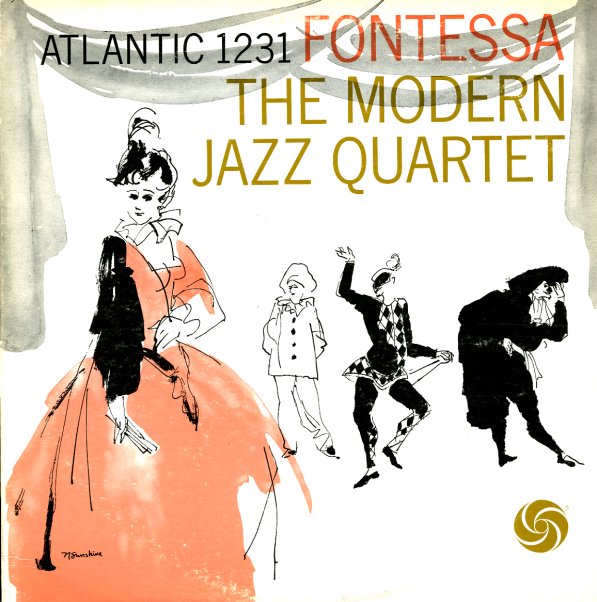 A classic set of high-class jazz from the MJQ – one that shows John Lewis' growing compositional skills, and the band's always tight ability to work in a compressed chamber format. Features the extended "Fontessa" suite, plus the tracks "Versailles", "Angel Eyes", "Bluesology", and "Woodyn You".  © 1996-2022, Dusty Groove, Inc.
(Rockefeller label stereo pressing with Warner text. Cover has light wear, small split on top.)

Modern Jazz Quartet Plays For Lovers
Prestige, Early 50s/1965. Very Good+
LP...$9.99
Yipes! The MJQ must have freaked out when they saw the title to this one – especially since the record doesn't feature them playing especially for lovers, it's just a collection of their excellent early work for Prestige. The album features some of the group's great work with Kenny Clarke ... LP, Vinyl record album