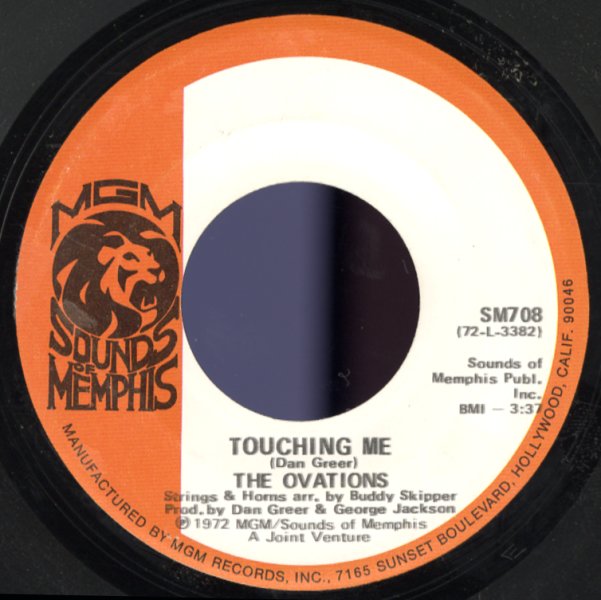 Love Takes Tears/Go On & Dream
MGM, 1975. Very Good
7-inch...$1.99
One of the best solos singles by Johnny Bristol! "Love Takes Tears" is an excellent mellow soul number – built around a groove that's almost like "Love's Theme" by Barry White, but graced with warm vocals by Johnny that give the tune a very catchy hook! "Go On & ... 7-inch, Vinyl record

You & I/It Don't Hurt No More
MGM, 1974. Very Good
7-inch...$1.99
Killer stuff from Johnny Bristol! "You and I" is one of his best early tracks – and it begins with this tight hard drum sound that's right out of Barry White's best funky tracks, and which works perfectly for Johnny's sweet soul vocals! 7-inch, Vinyl record

Funky Music (parts 1 & 2) (MGM pressing)
MGM, 1973. Near Mint-
7-inch...$14.99
An excellent bit of funky soul! Thomas East has a super-dope style that reminds us a lot of the Detroit funk of Westbound – with a slow rolling rhythm track, hard clavinet solos, and a fuzzy funky soulful sound that can't be beat! A nice chugger – with a part 2 that's just as good as ... 7-inch, Vinyl record