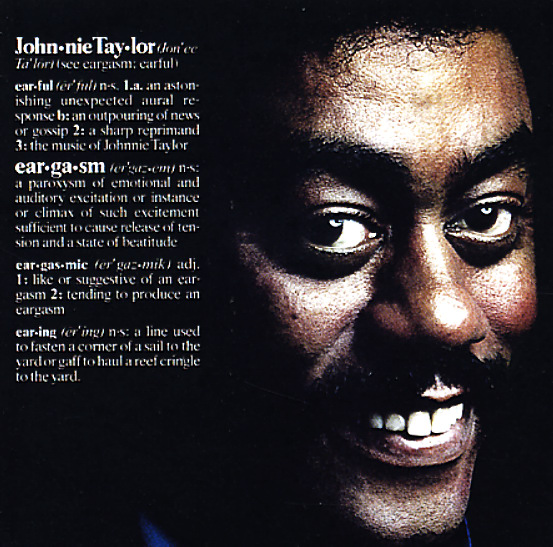 A landmark album from Johnnie Taylor – a set that not only gave his career a giant boost, but which also helped shift southern soul into hip new territory in the late 70s! The music's a great change from Taylor's previous work at Stax – and the set features warm production from Don Davis that brings a new level of smoothness to Johnnie's music – a quality that unlocks the soulful undercurrent always lurking in his bluesier work, and which pulls him out of the indie soul ghetto to the modern soul mainstream. The album features the massive "Disco Lady" – a record that's probably still paying Johnnie's bills today – and a cut that's much more groovy soul than you might guess from the title. Other tracks are great too – and include "Running Out Of Lies", "I'm Gonna Keep On Loving You", "Pick Up the Pieces", and "Somebody's Gettin It".  © 1996-2022, Dusty Groove, Inc.
(Quadraphonic pressing, still sealed, with a hype sticker and cut corner.)

Just Ain't Good Enough
Beverly Glen, 1981. Near Mint-
LP...$9.99
A great little album of modern soul, cut by Johnnie Taylor years after his early raw Stax recordings, and about half a decade after his hit with "Disco Lady". The record's a surprising treat, and has Johnnie singing with smooth slick arrangements, in a warm mellow style, given a nice ... LP, Vinyl record album

Rated Extraordinaire
Columbia, 1977. Near Mint-
LP...$11.99
Our favorite album ever from Johnnie Taylor – an incredible set from the late 70s that really has Taylor reinventing his sound – and coming across as a great talent for a mellow groove! The album has a wonderful smooth soul vibe all the way through – and starts with the classic ... LP, Vinyl record album