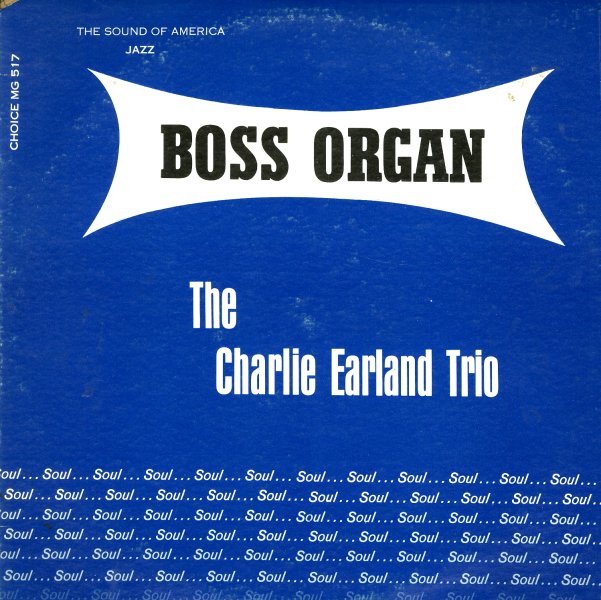 Easily the best of the pre-Prestige albums from Charles Earland – a really smoking trio session, done in the soulful styles that Earland was putting down in the clubs at the time! The group here features a young Jimmy Ponder on guitar – playing in that totally tight, totally amazing way he used on his first few soul jazz sessions for bigger labels – a sound that's a far bit better than most of his mainstream work in years to come. The group really cooks nicely throughout, and the recording quality is great too – way better than some of those dodgy sessions that were issued after Charlie's bigger fame, and handled well by the Choice/Sound Of America label, which mostly did gospel sessions. Titles include the originals "Millology", "Mustang", "Six Twice", and "Wha's Happinin" – plus a wild remake of "Danny Boy"!  © 1996-2022, Dusty Groove, Inc.

Perceptions
Mercury, Late 70s. Very Good+
LP...$8.99
Charles Earland really soars to the heavens here – working in a style that's very different than his early jazz albums on Prestige, but which still features plenty of great solo moments too! Earland's key partner in crime here is the great Randy Muller – the man behind the sound of ... LP, Vinyl record album

Freakin' Off
Big Chance, Late 60s. Very Good-
LP...$2.99 4.99
A rare live set from organist Charles Earland – recorded pre-Prestige, and probably illegally, by Paul Winley. The sound of the set has plenty of crowd noise up front – not necessarily from bad recording, but from an approach that seems to create this "live lounge" kind of ... LP, Vinyl record album

Black Talk!
Prestige, 1970. Near Mint-
LP...$16.99
A pivotal album in the development of the use of the Hammond organ in jazz – and Charles Earland's first exposure to a large audience! Durign the 60s, Charles was bumping around the Philly scene quite a bit – and recorded some small group indie sides that first gave a glimpse of his ... LP, Vinyl record album

Zoot Sims' Party
Choice, 1974. Very Good+
LP...$19.99
Not as much of a party as you might expect from the title, but quite a lively little album – and possibly one of Zoot's best from the 70s! There's a tightly fluid feel to this record that we really love a lot – not one that's electric or slick, but served up by a great backing trio ... LP, Vinyl record album

Waterbed
Choice, 1978. Very Good+
LP...$1.99
A really cool 70s album from reedman Buddy DeFranco – and one that resonates strongly with some of his groovy 60s work with Gumina! As with those records, this one features both clarinet and accordion – the former by Buddy, the latter by Gordie Fleming – used here in a match that' ... LP, Vinyl record album

Night At The Blackhawk
Fantasy, 1958. Near Mint-
LP...$24.99
One of Cal Tjader's best late 50s dates for Fantasy Records – thanks to some smoking tenor sax from Jose "Chombo" Silva! The album has Cal working in the very comfortable territory of San Francisco's Blackhawk Nightclub – in a combo that also features familiar players Vince ... LP, Vinyl record album