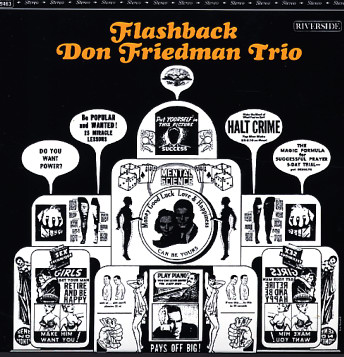 Eternity
Warner/Sepia Tone, 1976. New Copy
CD...$10.99 12.99 (LP...$36.99)
Seminal 70s work from one of the most righteous jazz musicians ever! On this set, Alice Coltrane moves past the rawer spiritual sound of her Impulse albums – working with a more focused vision and an approach to jazz that takes her way past the identity of just being "Mrs Coltrane" ... CD

Cannonball Adderley Sextet In New York (Keepnews collection)
Riverside/Concord, 1962. New Copy
CD...$4.99 11.98 (LP...$19.99, CD...$6.99)
Rock-solid live material from the classic Cannonball Adderley Sextet – a combo who could usually groove even better on a concert date then they could in the studio! The album's one of a number of key live sides from Cannon in the 60s – and although it pre-dates his work on Capitol, it's ... CD