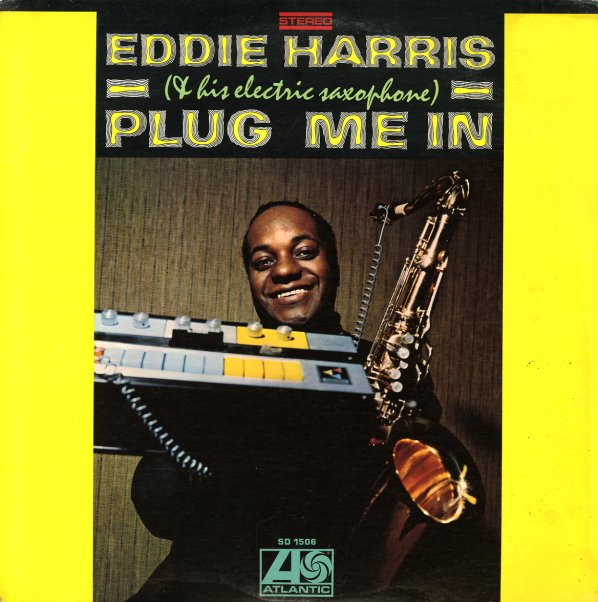 Killer stuff – and an amazing album that not only showcases the varitone sax talents of Eddie Harris, but also features some fantastic arrangements by Chicago soul genius Charles Stepney! Harris plugs in right from the start – blowing an electric sax that comes up with some groovy groovy sounds – perfect for Stepney to work with on the backdrops – mixing together funky orchestrations, off-kilter strings, and even some prepared piano, ala John Cage – similar to the mode he used with Ramsey Lewis at Cadet! Tunes are wonderful – offbeat, funky, and plenty darn soulful – and titles include "Live Right Now", "It's Crazy", "Winter Meeting", and "Theme In Search Of A TV Commercial".  © 1996-2021, Dusty Groove, Inc.
(Blue and green label pressing.)

Nowy 2
Atlantic (Germany), 1975. Near Mint-
LP...$34.99
Groovy bit of German fusion, with sort of a funky rock break sound in parts, very groovy, and have a nice euro fusion sound to them. These cuts include "Fasten Seatbelts", "Six Machine", and "Steam Slippers". LP, Vinyl record album

Bagpipe Blues
Atlantic, 1966. Very Good+
LP...$19.99
An amazing record, from an amazing player – the mighty Rufus Harley, heard here on tenor, flute, and soprano sax – as well as bagpipes, his "trademark" instrument! Don't be put off by the bagpipes, though, because Harley plays in a righteous soul jazz groove, and uses the ... LP, Vinyl record album

Wailing Dervishes
Atlantic, Mid 60s. Very Good
LP...$6.99
One of the coolest albums ever from Herbie Mann – and a set that's definitely got the vibrant sound you'd expect from its title and cover! The set's a live one, and pretty open at times – and the great Rufus Harley joins Mann's group for one track – in a really mad mix of sounds ... LP, Vinyl record album