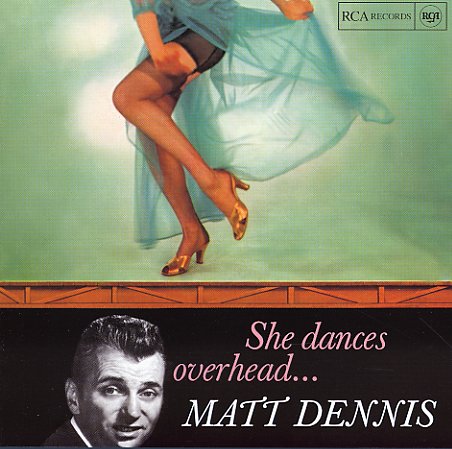 Dreamy vocals from Matt Dennis – a set of Rodgers & Hart numbers, performed in a sweetly swaying style that has plenty of warm touches. Unlike some of Matt's smaller combo records, this set's got larger backings from the orchestra of Harry Geller – using some light strings and woodwinds to give the set a darker sort of finish that works nicely with Matt's fragile vocals. The approach is unique for a male singer at the time – fitting, given that Matt's such a uniquely talented vocalist! Titles include "Have You Met Miss Jones", "This Funny World", "Give Her A Kiss", "Mimi", "Nobody's Heart", and "I Married An Angel".  © 1996-2021, Dusty Groove, Inc.
(Mono pressing with deep groove. Cover has light aging, clear tape holding the top seam, light wear at the opening, and small sticker spots on back.)

Jennie
RCA, 1957. Very Good+
LP...$5.99
An overlooked vocal session from RCA – recorded in that magical year of 1957, when it seemed the label would never stop putting out great music! Jennie Smith is one of the lesser-known girl singers on the label, but she definitely fits in well with their approach – getting full ... LP, Vinyl record album