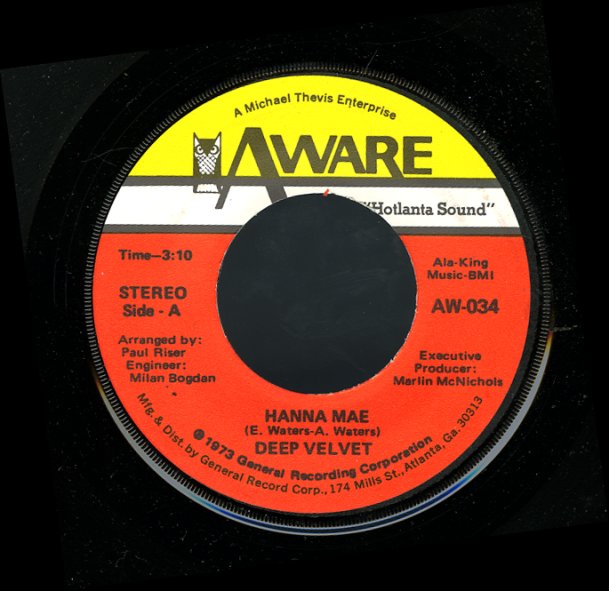 Wake Up/The Party Life
Aware, 1973. Near Mint-
7-inch...$4.99
Tight stuff from this Atlanta funk artist! "Wake Up" is a bit more progressive than his usual bag – but the real strange one is "The Party Life", a very mellow cut that's sort of a country soul number about a guy whose daughter is taken away by a pimp! 7-inch, Vinyl record

Magic Ride (mono, stereo)
Aware, 1975. Near Mint-
7-inch...$4.99
An instrumental that shows the Counts still at their full power – moving along with a good complicated groove, and some odd instrumentation that works well to keep the track interesting! 7-inch, Vinyl record

Short Cut/Magic Ride
Aware, 1975. Very Good+
7-inch...$2.99
The good one here is "Magic Ride" – an instrumental that shows the Counts still at their full power – moving along with a good complicated groove, and some odd instrumentation that works well to keep the track interesting! 7-inch, Vinyl record