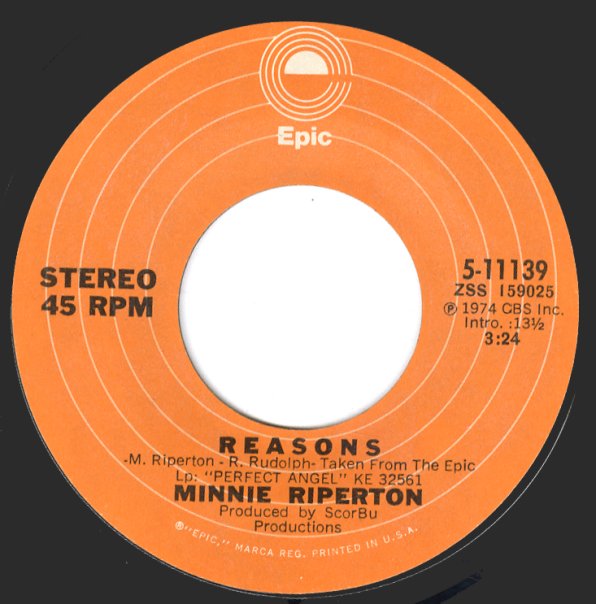 Reasons/Every time He Comes Around

From the album Perfect Angel.
(In an Epic sleeve, with some wrinkles, vintage price sticker, and staple hole.)