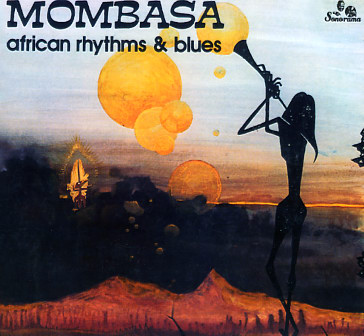 A sublime blend of spiritual jazz and African rhythms – and one of the few 70s recordings made by Mombasa, a European group put together by LA trombonist Lou Blackburn! The record's got a much more righteous sound than any of Blackburn's work of the 60s – a boldness and sense of pride that comes from its blending of percussion, acoustic bass, and soaring horn lines on trombone, trumpet, and bamboo flute! Other African elements slide into the music too – like bits of kalimba – and the lack of piano or keyboards on the record makes for an especially earthy sound, one that trades rhythm from the percussion with melodies from the horns in a really magical way. Tracks are long, and the set was recorded with the same post-colonial energy as similar work from Paris or London at the time – a really righteous groove that longs to be rediscovered! Titles include "Nairobi", "Massai", "Holz", "Kenia", "Makishi", and "Shango".  © 1996-2021, Dusty Groove, Inc.