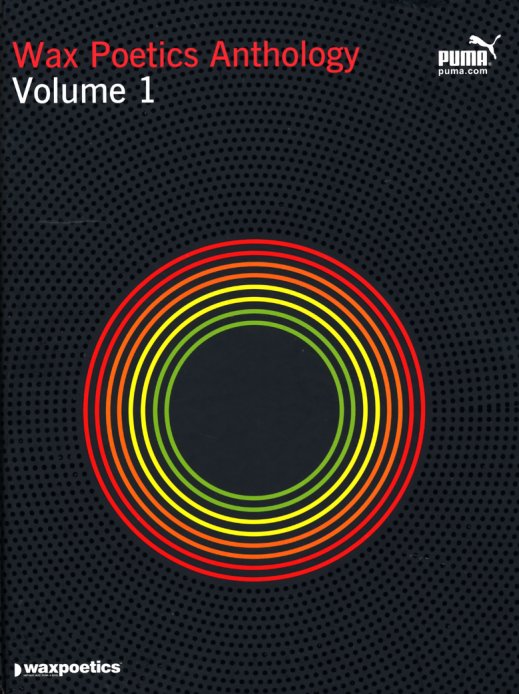 The first 5 issues of the legendary Wax Poetics – the one-and-only genius publication dedicated to the art of crate-digging, aka funky soul & hip hop vinyl archeology – collected in this massive hardcover tome! Anthology Vol 1 tackles the essential chore of bringing those earliest Wax Poetics issues – which are for the most part long out of print and as tough to track down as some of the wax the mag covers – available once again with some additional illustrations, to boot! All of those great pieces– from the groundbreaking debut issue of December 2001 up to issue 5 in summer 2003 – covering Idris Muhammad, Pretty Purdie, Weldon Irvine, Manzel, Fania Records, King Tubby, Prince Paul, RZA, Louis Vega and so much more! The photos and illustrations pop even more in this larger scare format – with loads of period photography, shots in the studio, and all of those delicious dust jacket photo discoveries. Beautiful, essential, and long overdue! Hardcover, 241 pages, and bursting with beautiful images and illustrations!  © 1996-2021, Dusty Groove, Inc.