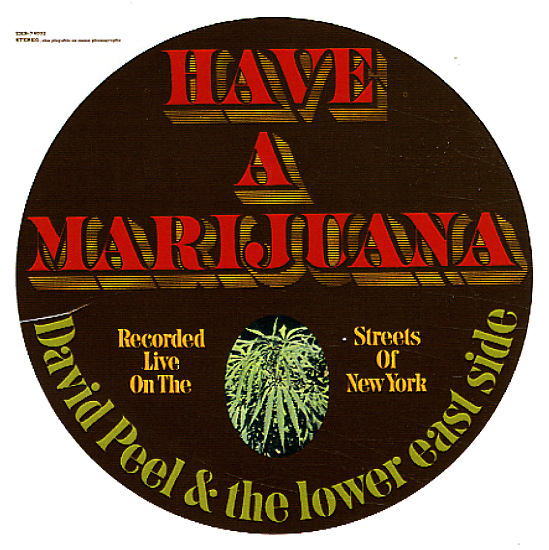 Probably one of the most controversial records to be issued on Elektra at the end of the 60s – a rough-edged batch of hippie dippy tracks that shares a fair bit of energy and humor with The Fugs! The tunes here are perhaps a bit more focused than the work of The Fugs, but the group explore similar territory too – not just the drug references in the title, but also the kind of offbeat word play and double-entendres that were common at the time. The set was recorded "live on the streets of New York" – and Peel sings, and plays harmonica and guitar – with other instrumentation that includes two 12-string guitars, bass, and tambourine. Titles include "Mother Where Is My Father", "Here Comes A Cop", "Up Against The Wall", "I've Got Some Grass", "I Do My Bawling In The Bathroom", and "Show Me The Way To Get Stoned".  © 1996-2020, Dusty Groove, Inc.
(Red label big E pressing.)