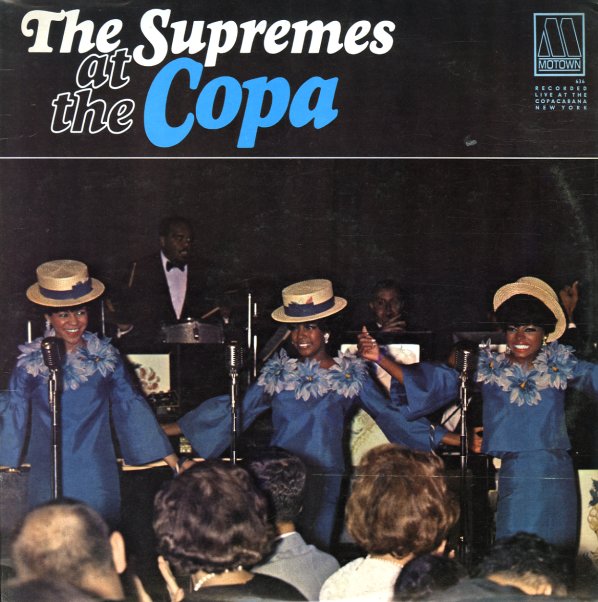 Supremes At The Copa

The Supremes take on the classy Copa nightclub – and really bring down the house with a stunning mix of warmth, charm, and soul! The record's perhaps one of the "livest" of Motown live albums from the time – done in a spread-out style that features a lot more songs than some of their other live records, really giving the full scope of the show at the club. Plus, there's lots of crowd noise, bits of speaking from the girls, and an overall approach that's fluid and natural – very much a concert on record! Titles include "The Boy From Ipanema", "Put On A Happy Face", "I Am Woman", "Baby Love", "Sam Cooke Medley", "Queen Of The House", and "Back In My Arms Again".  © 1996-2021, Dusty Groove, Inc.
(Original deep groove pressing. Cover has some wear.)