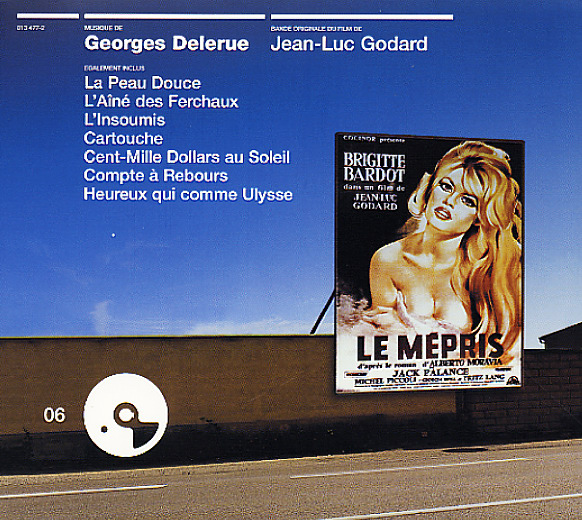 A great collection of soundtrack work by Georges Delerue – featuring 6 tracks from Jean-Luc Godard's famous film Le Mepris (aka Contempt), plus tracks from the films Compte A Rebours, Heureux Qui Comme Ulysse, Cartouche, L'Insoumis, La Peau Douce, and L'Aine Des Ferchaux. Most of the work is in a strongly orchestral style – and even though the tracks are from diverse films, they're unified by a dark approach to the themes. Titles include "Lamento", "Capri", "Paul", "Camille", "Adultere", "Thomas Et Dominique", "Cartouche", "Final", and "Ulysse". 28 tracks in all – with notes in English and French!  © 1996-2022, Dusty Groove, Inc.