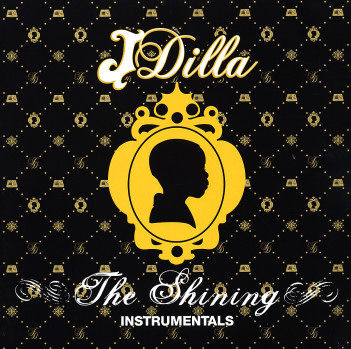 A glorious send off from J Dilla – with some of the most soulful productions Dilla's ever laid down! It's impossible to listen to The Shining without considering the sad circumstances surrounding its release, and all too easy to over praise, but this record is filled timelessly inventive production. A lot of the more leftfield, abstract touches that create most of the character on the Donuts LP are really on the outskirts of the sound here – a much richer, deeper, funky drum influenced batch of sounds. We're speechless. There's one more official posthumous LP in the can, and thank goodness for that. Tracks include "Geek Down", "E=MC2", "Love Jones", "Love", "Baby", "So Far To Go", "Jungle Love", "Dime Piece" , "Love Movin'" and "Won't Do".  © 1996-2022, Dusty Groove, Inc.

Mecca & The Soul Brother (clear vinyl pressing – with bonus tracks)
Elektra/Get On Down, 1992. New Copy 2LP (reissue)
LP...$26.99 30.98 (CD...$9.99)
The debut full length from Pete Rock & CL Smooth – a standard-setting record from the 90s that's still among one of the greatest of the decade! The set bristles with new energy and excitement right from the start – as Pete Rock's trademark mix of heavy soul, jazz, and funk ... LP, Vinyl record album