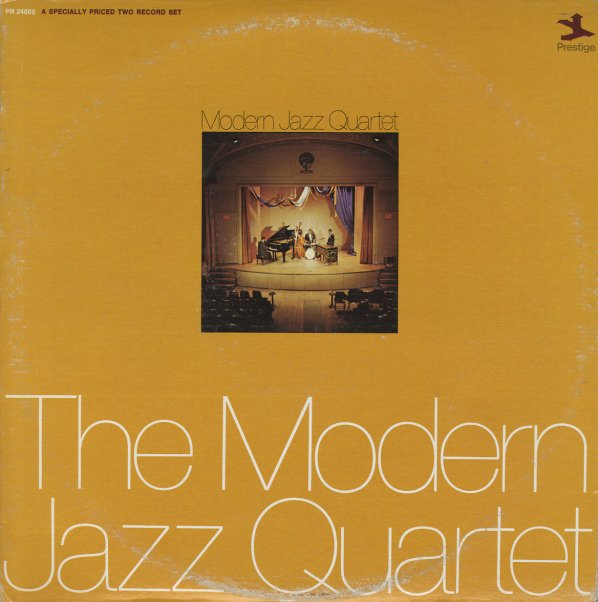 A 2LP set that brings together most of the material from the first three full-length albums by the Modern Jazz Quartet – all recorded at a time when the combo were first forging their famous sound! Most of the sides here are in contrast to the group's better-known Atlantic work, because the group at this point still featured Kenny Clarke on drums – and although a few tracks here include Connie Kay, the bulk of the recordings are touched by Clarke's tighter, sometimes more aggressive work on percussion – making for a less-than-trademark sound that we really like. As usual, the rest of the group features Milt Jackson on vibes, John Lewis on piano, and Percy Heath on bass – and the 2LP set features 18 tracks that include "Concorde", "Vendome", "Milano", "La Ronde", "Django", "All The Things You Are", "Softly As In A Morning Sunrise", "Delauney's Dilemma", "La Ronde Suite", "All Of You", and "Ralph's New Blues".  © 1996-2021, Dusty Groove, Inc.
(Sealed 70s pressing!)