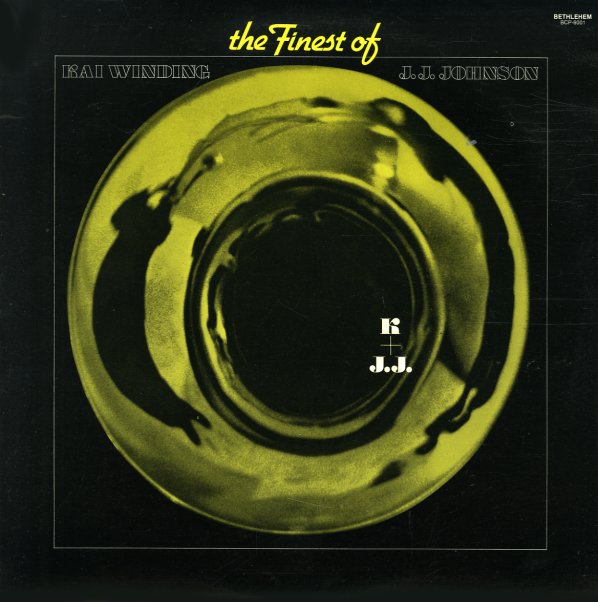 A cool quintet session from the great trombonists JJ Johnson and Kai Winding – one that really lets their twin horns soar free together – with only a bit of light backing to spur them on! The group's got a great rhythm section – with Dick Katz on piano, Al Harewood on drums, and either Milt Hinton or Wendell Marshall on bass – and the format is simple, but wonderful – as Kai and JJ step out tightly on the leads, then trade solo lines with effortless easy – almost in the way a jazz vocal harmony group might at the time! The pair recorded often together, but this set's still one of their greatest – and titles include "Stolen Bass", "Out Of This World", "Gong Rock", "Lope City", and "That's How I Feel About You".  © 1996-2022, Dusty Groove, Inc.
(70s pressing. Cover has light ringwear, some edge wear, and some spots of gloss separation.)

Brand New Swinging Together Again – The Great Kai & JJ
Impulse, Early 60s. Near Mint- Gatefold
LP...$11.99 (CD...$1.99)
The famous 50s team of JJ Johnson and Kai Winding are reunited strongly here – after working alone for several years on their own projects! The groove here is a bit more open and less arranged than some of the pair's earlier projects – mostly just two trombones in the lead, soloing ... LP, Vinyl record album