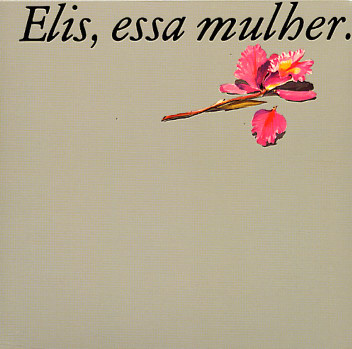 Really great late work from Elis Regina – recorded in the company of arranger Cesar Mariano, whose masterful touch made for some of Elis' best albums of the 70s! Cesar arranged and conducted here, and although the production is perhaps a bit more contemporary than Elis' work for Philips, the vocals are sublime – much more driving and jazzy than a few years before, really working hard to dig deep and get the best sound out of each of the tunes! Titles include "Cai Dentro", "Basta De Clamares Inocencia", "Eu Hein Rosa", "As Paraencias Engagem", and a nice version of Joyce's "Essa Mulher".  © 1996-2021, Dusty Groove, Inc.