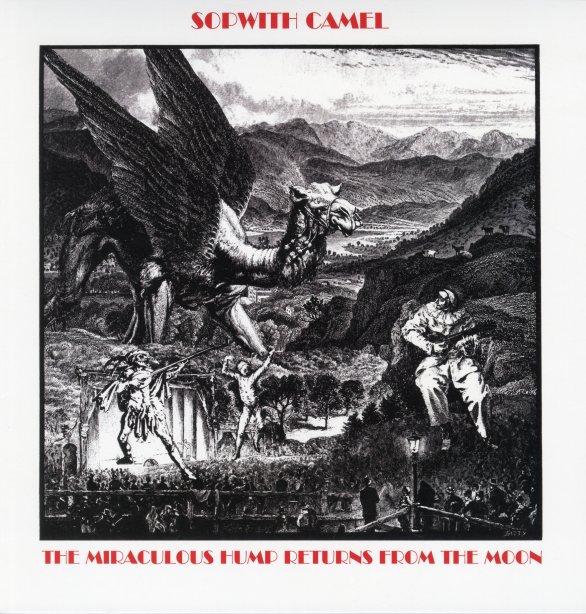 Miraculous Hump Returns From The Moon

A really wonderful little record – by a group who should have been much bigger than they were! Despite the fact that these guys are an obscure rock band with a silly name, the record's a perfect example of the subtly soulful work that was coming out of various west coast sources during the 70s – the kind of album-oriented work that yielded gems for play on underground FM radio, but which has been mostly lost to the shifting sands of time, save for some well-placed rescue in the reissue scene. The gem on this one is the smooth stepper "Fazon", but the album's got a few other nice ones too, with a jazzy tinge that's almost in debt to Mose Allison or Ben Sidran – that kind of cool blend of many elements with younger ideas that was bubbling up on the Bay Area scene. Titles include "Dancin Wizard", "Monkeys On the Moon", "Sneaky Smith", and "Astronaut Food".  © 1996-2021, Dusty Groove, Inc.
(Cover has a partially split top seam.)

Fleetwood Mac (1975) (Original Master Recording)
Reprise/Mobile Fidelity, 1975. Very Good+
LP...$69.99 (LP...$14.99)
The album that brought the excellent, but heretofore underappreciated duo of Lindsey Buckingham and Stevie Nicks into the band – and pretty much changed the fabric of 70s rock! Older fans of the Peter Green and Bob Welch Brit blues eras of Fleetwood Mac may have been in for a shock initially, ... LP, Vinyl record album