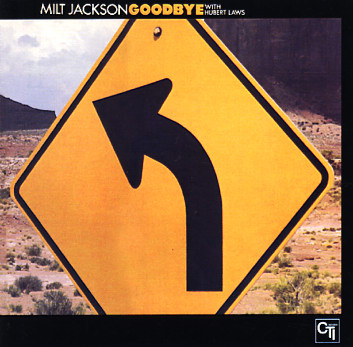 Sweet 70s electric work from the great vibist Milt Jackson – a record that has him hitting some nicely moody modes, and in a spacious style that's almost a 70s remake of the energy of the Modern Jazz Quartet! Cedar Walton plays piano and Fender Rhodes – and Hubert Laws is in the group on flute – providing these lyrical lines next to Milt's more understated vibes – in a setting that's almost got the same sense of space and timing as some of Laws' records from the period – bigger ideas at play, but never too complicated – really flowing with a subtle sense of sound and tone. Freddie Hubbard plays guest trumpet on the track "SKJ" – the hardest-hitting number on the set – and other titles include "Opus De Funk", "Detour Ahead","Goodbye", and "Old Devil Moon".  © 1996-2022, Dusty Groove, Inc.
(Cover has light wear.)