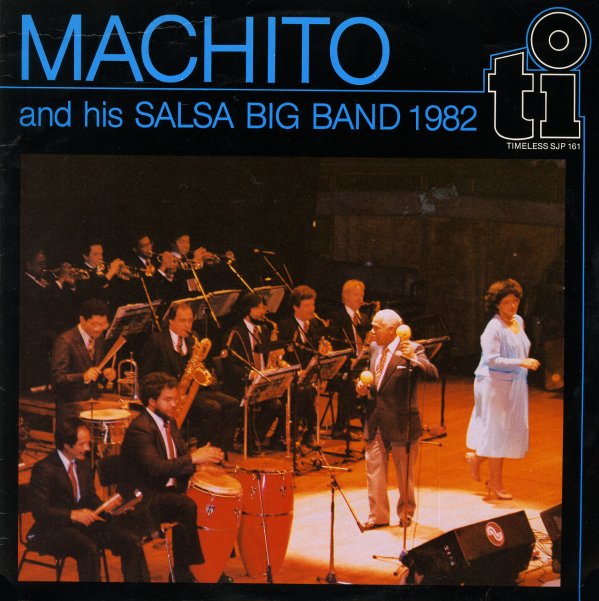 This early 80s recording comes quite late in Machito's career, kind of a companion set to the Live At North Sea LP recorde the same year– and a great set featuring hard-hitting big band Latin jazz arrangements! Unlike the live set, the numbers here are tight and short, but feature the great Chocolate Armenteros on trumpet, among other salsa greats, all getting in some crisp little solos. Titles include "Quimbolo", "Elas De La Rumba", "Caso Perdido", "Sambia" and "Yerbero".  © 1996-2023, Dusty Groove, Inc.
(Cover has a bent corner and light wear.)