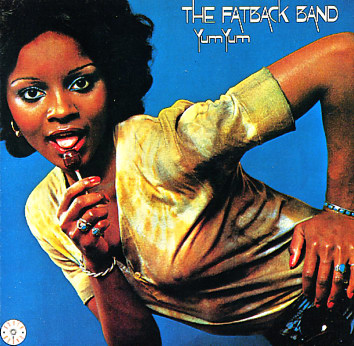 Yum Yum indeed – because the groove on here is pretty darn tasty! Fatback are definitely shaking off the rougher edges of their funkiest years on this set, but the sound is still plenty great – a jamming dancefloor groove that's still filled with plenty of tight live instrumentation, all in a mode that's a lot more harder-hitting than most of the groups of the disco years! There's a bit more horns than before – showing a bit of a BT Express influence, it seems – but the rhythms are very firmly at the core, and have plenty of those rumbling basslines that first put the Fatback name on the map. Drums get nice and tight on some tracks too – making for some nicely breaking tracks on the record, almost in a street funk mode – and titles include "Put The Funk On You", "Let The Drums Speak", "Feed Me Your Love", "Trompin", "Boogie With Fatback", and "Gotta Learn How To Dance".  © 1996-2023, Dusty Groove, Inc.

It Hurts So Good (expanded edition)
Spring/Southbound (UK), 1973. New Copy
CD...$7.99 14.99
An excellent early album from Millie Jackson – recorded in a southern soul style in New York and Muscle Shoals, but a lot hipper than most of the rest of the female soul that was coming out of the south at the time. For one thing, Millie was a bad mamma singer – rapping hard and ... CD