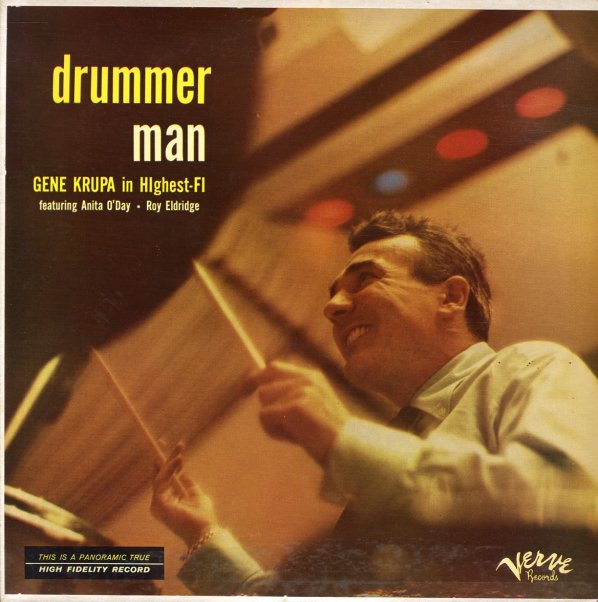 Kind of a reprise of earlier days – one that reunites Krupa with Anita O'Day and Roy Eldridge, as the group runs through some material from earlier years. Arrangements are by Quincy Jones, Billy Byers, and Nat Pierce – and the set actually swings more cleanly than some of Krupa's material from the 40s. Titles include "Drummin Man", "Drum Boogie", "Slow Down", "Wire Brush Stomp", "That's What You Think", "Rockin Chair", and "Opus 1".  © 1996-2022, Dusty Groove, Inc.
(80s German pressing in a barcode cover.)