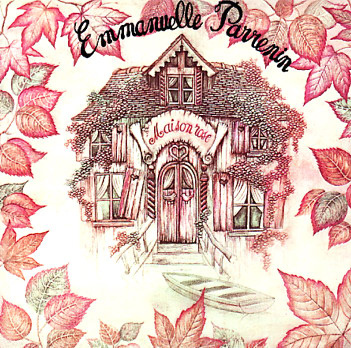 An album of fragile beauty and buried darkness – in a space that's somewhere between the work of Nico and Brigitte Fontaine, but a fair bit sweeter overall! Emmanuelle Parrenin sings here in a timeless style that might almost be called folksy – especially in the return to tradition styles of the UK 70s scene – but it's also got a slightly headier feel overall, almost trippy at times, with a sense of crumbling innocence that's further underscored by spare instrumentation that includes hurdy-gurdy, spinet, and dulcimer. Most tunes just feature vocals and some combination of these instruments – and a few numbers feature slightly larger backing, but never a full group mode. Titles include "Ritournelle", "Leiturgie", "Copraze", "Lecharpe De Soie", "Ce Matin A Fremontel", and "Belle Virginie" – and the CD features 1 bonus track.  © 1996-2022, Dusty Groove, Inc.