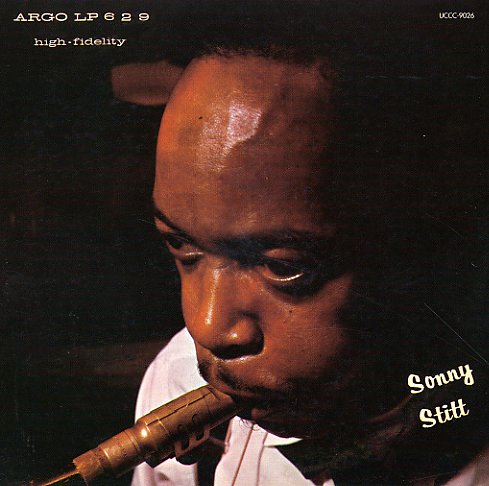 Tribute To Duke Ellington – Sonny Stitt With Strings
Catalyst, 1977. Very Good+ Gatefold
LP...$6.99
Lost late Stitt – and a much more compelling album than you might think. The album's got a nice underground feel, despite the fact that it's a tribute to Ellington – with a core combo that features Stitt on alto and tenor, Gildo Mahones on piano, Allen Jackson on bass, and Clarence ... LP, Vinyl record album

Come Hither
Solid State, Late 60s. Very Good Gatefold
LP...$5.99
Sonny blows Varitone on this groovy set of 60s pop tunes arranged and conducted by Jimmy Mundy. The group features guitar by Billy Butler, organ by Paul Griffin, and work on sax and flute by Jerome Richardson – and while the album's not Stitt's finest bop or soul jazz moment, it does have ... LP, Vinyl record album

My Main Man
Argo, 1964. Very Good
LP...$13.99
A lost little cooker from Stitt and Green – recorded at a time when they were working together briefly, with backing by a Chicago organ trio that includes Bobby Buster on Hammond, Jo Diorio on guitar, and Dorel Anderson on drums. Tracks are short and fierce, but it's clear that Stitt can ... LP, Vinyl record album

Choice! – The Best Of The Ramsey Lewis Trio
Argo, Mid 60s. Very Good+
LP...$7.99
A sparkling collection of the soul jazz groovers churned out by Ramsey's famous first trio – the groundbreaking ensemble that featured Eldee Young on bass and Redd Holt on drums. The set does a good job of pushing past obvious hits, and includes some tasty little groovers like "Travel ... LP, Vinyl record album