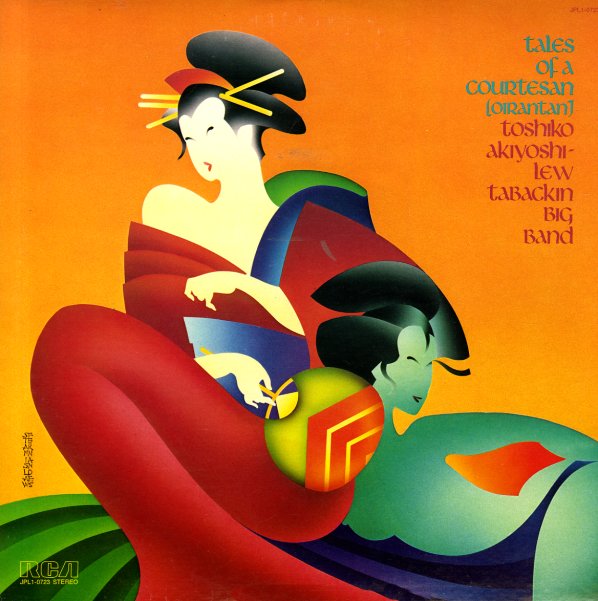 Tales of A Courtesan (Oirantan)

Toshiko Akiyoshi really took off as a jazz musician in the 70s – already a great pianist known for her bop-like dexterity in the 50s, a compelling soloist and songwriter with her modern sound in the 60s, and a hell of a talent at the helm of a series of amazing big band records with reedman Lew Tabackin! Akiyoshi emerges as a stunning composer, and a great arranger too – able to balance the individual solo voices of the members of the group, while also letting the whole thing open up and soar – bold colors that are cut through nicely by her own solo work in the set! In addition to saxes and flutes from Tabackin, the set also features more saxes from Gary Foster, Bill Perkins, and Dick Spencer – plus trombone from Bill Reichenbach and Britt Woman, and trumpets from Bobby Shew and Mike Price. All tunes are Akiyoshi originals – and titles include "Interlude", "Village", "Road Time Shuffle", and "Tales Of A Courtesan".  © 1996-2021, Dusty Groove, Inc.
(Tan label pressing. Cover has light wear and a promo stamp.)