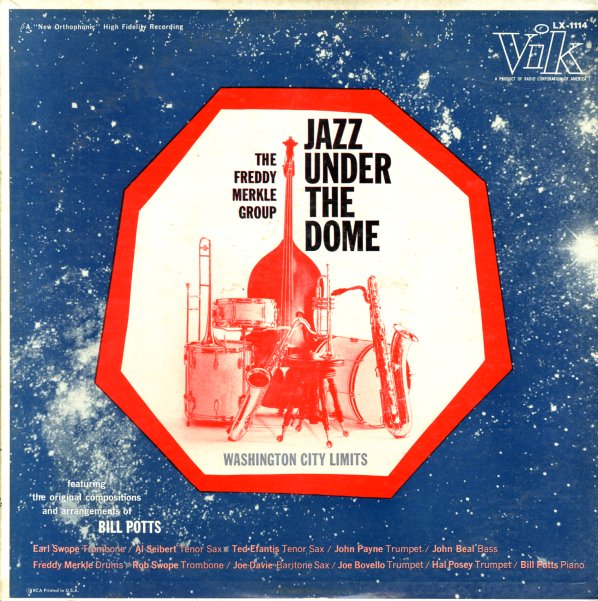 Jazz Under The Dome

A great little session of chamber-type jazz – and the only record we've ever seen by drummer Freddy Merkle. The set is very much in the manner of some of the other tightly-arranged RCA sessions from the mid 50s – with a style that's kind of "New York modern", in a similar mode to the work of Hal McKusick. Pianist Bill Potts wrote and arranged the sessions, and most tracks are relatively short, but still have strong breakaway solos. Half the material's played by a 10-tet, and the rest are played by Merkle's core quintet, with Potts on piano and Earl Swope on trombone. Titles include "Proto Cool", "Shhhh!", "DC Current", "Lunch Box", "Pernod 806", and "Pottsville, USA".  © 1996-2021, Dusty Groove, Inc.
(Black label pressing with deep groove. Cover has some tape on the top seam, but is nice overall – and vinyl is nice!)