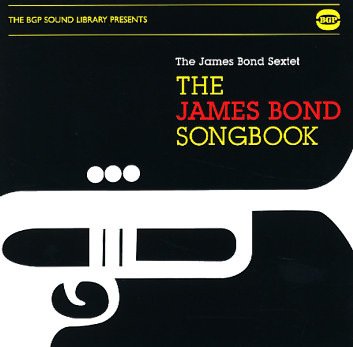 Way more than just a James Bond cash-in record – and instead an ultra-hip jazz session from the west coast scene of the 60s! The James Bond at the helm of the record is actually Jimmy Bond – the great bassist who worked on some key sessions of the late 50s and early 60s as a sideman, and who turns out to be a surprisingly great leader on this rare mid 60s date! The record is more jazz than anything else – played with a crime/spy bent, to be sure – but also flowing with really great solos and a fair bit of a bossa influence in the rhythms! The group here is more than hip enough to make the record work – with Harold Land on tenor sax, Bobby Bryant on trumpet, and Buddy Colette on flute and tenor – all working in a sextet led by Bond, with plenty of round, warm, almost modal lines on his bass – punctuated nicely by piano from Joe Parnello and drums by Joh Guarin. Arrangements are by Dick Groove – who keeps things very groovy – and many of the tracks here are actually original numbers written by Bond and Warren Baker, titled after Ian Fleming books that had not yet been made into movies at the time of this album! Titles include "Casino Royale", "Moonraker", "For Your Eyes Only", "007 Theme From Dr No", "Man With The Golden Gun", "Diamonds Are Forever", and "Live & Let Die".  © 1996-2022, Dusty Groove, Inc.