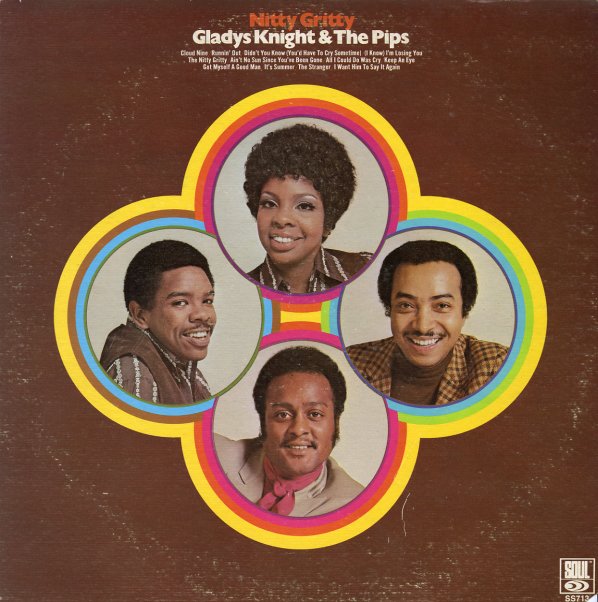 One of our favorite albums by Gladys Knight – a set that seems to have a lot more edge than some of her later work, thanks to some rumbling production from the legendary Norman Whitfield! In a way, Norman's almost applying the Temptations sound to Gladys here – using fuller bass at the bottom and setting tones that are somewhat righteous – but at another level, he's also opening things up a bit for some of the more personal, heartfelt work to come – almost having Knight sing a bit like an Atlantic soul artist at times, with lots of deep soul overtones on the vocals! The mix of modes is really great – and makes for a tremendous depth to the record – and titles include "Nitty Gritty", "I Want Him To Say It Again", "I'm Losing You", "Runnin' Out", "The Stranger", and "Ain't No Sun Since You've Been Gone" (hmmm...wonder if Bill Withers ever heard that one!)  © 1996-2023, Dusty Groove, Inc.
(Cover is nice. Vinyl is clean except for a press flaw bubble that clicks for a few spins during the second song on both sides.)