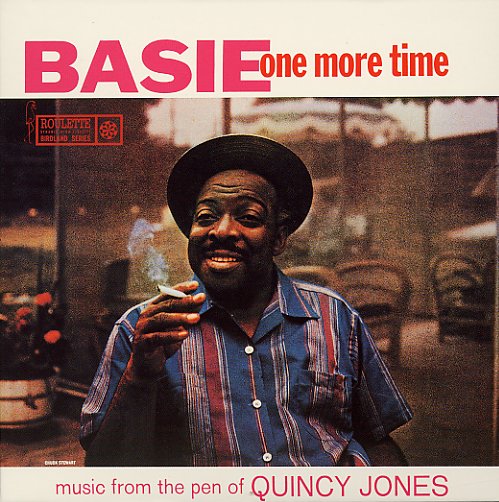 The genius of Basie meets the genius of Quincy Jones – a 60s pairing that's every bit as great as the 50s pairing of Basie and Neal Hefti! Jones and Basie worked together in a number of settings during the 60s – including a very successful album for Frank Sinatra on Reprise – but here, the pair are really going full-on and hard-swinging, in a fresh style that's got all the hipness of Quincy's budding talent in the 60s, played with the deeply soulful manner of the still-great Basie band of the time. Titles include "Rat Race", "For Lena & Lennie", "The Big Walk", "Meet BB", "Jessica's Day", "Muttnik", and "Quince".  © 1996-2021, Dusty Groove, Inc.
(Nice Japanese pressing – with obi!)