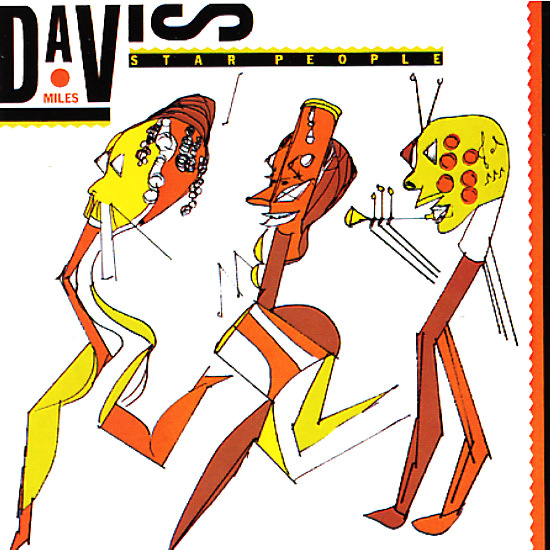 Miles Davis in the early 80s – but still sounding pretty darn great, and somehow managing to take some of his best elements from the 70s and refine them into a slightly more focused groove! The tracks here are shorter than before – no side-long jams at all – but they definitely bristle with slight undercurrents of noise, and have some unbridled rhythms that make for a good sense of energy. Added to these are a few more (then) contemporary touches – a very slight update of Miles' older funk, but never in a slick or commercial way – and still cerebral enough to show the world that Davis wasn't selling out late in the day. Miles plays a bit of keyboards in addition to trumpet – and other players include Bill Evans on saxophones, John Scofield on guitar, Marcus Miller on bass, and Al Foster on drums. Titles include "Come Get It", "It Gets Better", "Speak", "Star People", "U N I", and "Star On Cicely".  © 1996-2020, Dusty Groove, Inc.
(Cover has a promo stamp and light wear.)