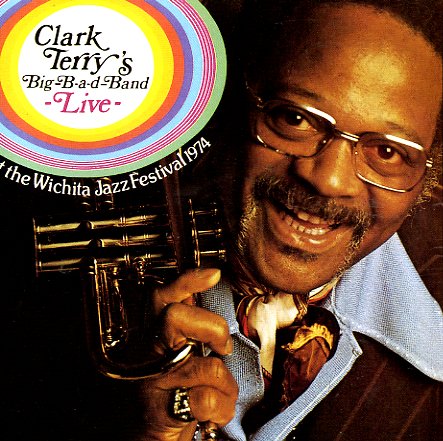 A crowd-pleasing cooker from Clark Terry – a set recorded live before a very appreciative audience, and in a hipper 70s mode than you'd expect! The album's one of those great jazz efforts that was put together by Ed Bland – who seems to bring a nice sense of bounce, soul, and groove to the set – working with arrangements by Jimmy Heath, Phil Woods, Ernie Wilkins, and others who manage to keep Clark out of hoke territory, and into a very tightly swinging 70s big band groove. Other players include Jimmh Heath, Phil Woods, Richard Williams, Charles Davis, and Duke Jordan – and the tunes are lively and soulful throughout! Titles include "Randi", "Cold Tater Stomp", "Sheba", "Mumbles", "Una Mas", and "Nefertiti".  © 1996-2021, Dusty Groove, Inc.
(Cover has light wear.)