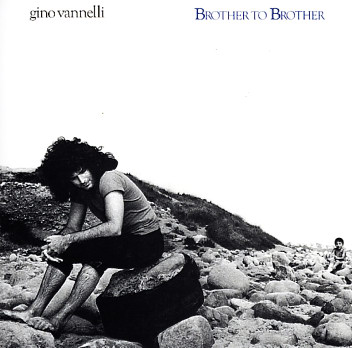 A really standout bit of blue-eyed soul from Gino Vannelli – the kind of record that shouldn't be so great, but really holds up well over the years! The style is tight and studio-oriented – somewhere in the mode of Bobby Caldwell and some of Gino's other cross-over contemporaries – but the album avoids most adult contemporary cliches, and keeps things sounding pretty real overall with some good studio backing, and a sense of jazz amidst the tightness – a bit like Steely Dan, but more poppish. Titles include "The River Must Flow", "I Just Wanna Stop", "Love & Emotion", "Feel Like Flying", "Brother To Brother", "Wheels Of Life", "The Evil Eye", and "People I Belong To".  © 1996-2022, Dusty Groove, Inc.
(Cover has light wear and aging.)