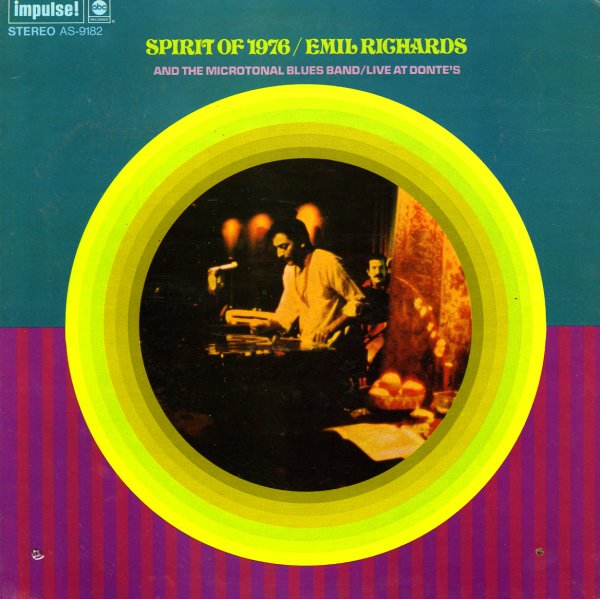 Excellent groovy jazz from the great Emil Richards! The legendary LA vibist is caught live at Donte's – and is playing with Dave Makay on piano and percussion, as well as a bunch of other LA hipsters. The general groove is more jazz oriented than Emil's other records, but still very nice. Titles include "One Tooth Grin", "Spirit Of 1976", "Peek A Boo", "All Blue", and "10 to 5".  © 1996-2021, Dusty Groove, Inc.
(Rainbow label pressing. Back cover has a small X in marker.)