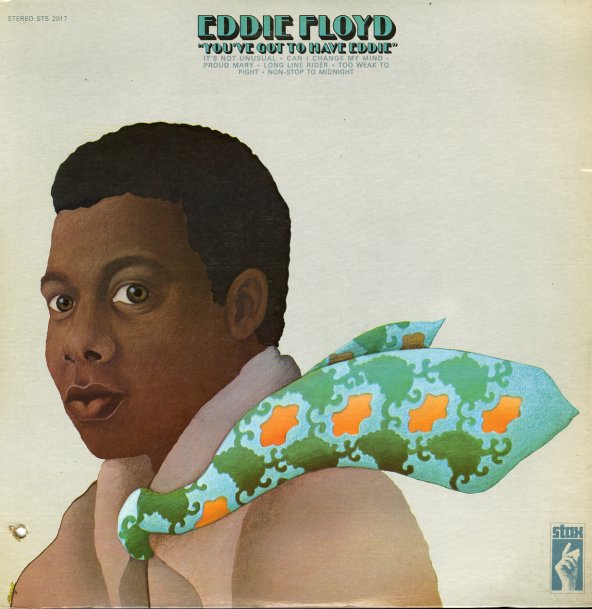 You've Got To Have Eddie

A nice one from Eddie – straight and hard, in that sophisticated Memphis mode that he used in his post 1968 albums. Steve Cropper arranged and produced, and the record shows Cropper's ability to keep expanding with the Stax sound – working in strings and larger backings amidst the usual southern soul grooves. Titles include "Long Line Rider", "Satisfy My Hunger", "Seagull", "I Sowed Love", "Don't Tell Your Mama", and "If You're Gonna Do It (Don't Get Caught)".  © 1996-2021, Dusty Groove, Inc.
(Yellow label stereo pressing. Cover has some wear and aging, a small sticker spot, some splitting in the top seam held with a piece of clear tape, and splitting in the bottom seam.)

Baby Lay Your Head Down (Gently On My Bed)
Stax, 1973. Near Mint-
LP...$9.99
A great mix of Memphis, Muscle Shoals, and LA modes from Eddie Floyd – working here with help from Al Bell and Al Jackson in the studio, but also handling a fair bit of the proceedings himself! Titles include "Something To Write Home About", "Whatcha Gonna Do With My ... LP, Vinyl record album