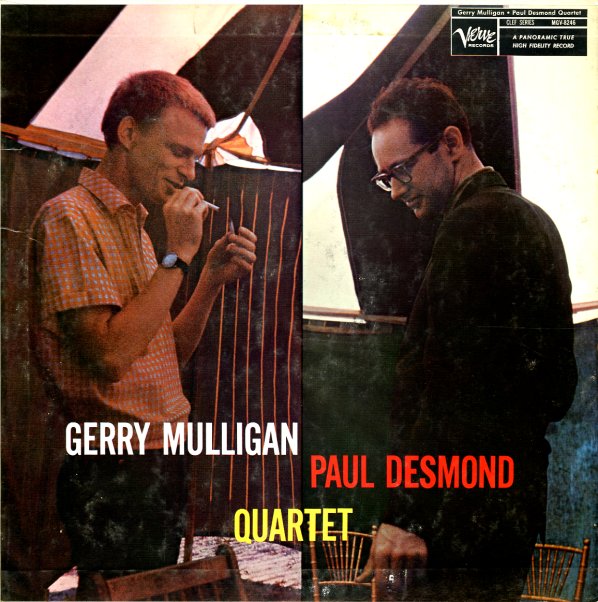 A really great pairing – and a rare non-Brubeck Paul Desmond session from the 50s! Gerry Mulligan and Desmond weave laidback lines around each other, working here in a pianoless quartet that features Dave Bailey on drums and Joe Benjamin on bass – very much a Mulligan-inspired approach, and one that lets Desmond's alto get even more open-ended and willowy! The sound of both players is great, and titles include "Blues In Time", "Standstill", "Line For Lyons", and "Fall Out".  © 1996-2021, Dusty Groove, Inc.
(Verve Records Inc pressing with trumpeter logo & deep groove. Cover has a split top seam and spine, and back has some light stains near the bottom and top edges.)