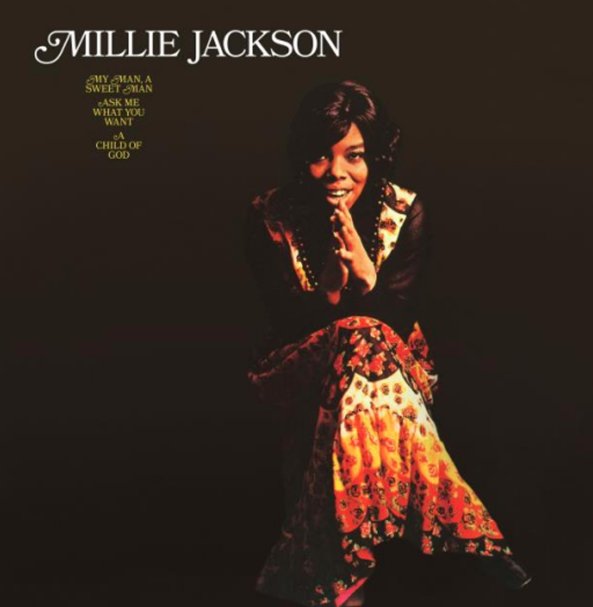 Ahhh . . . Great stuff! This Millie Jackson's tremendous debut album – and the work here is completely different from later records that have her more in a bitchy mode! Here, Millie's a heartbroken southern diva – right in the vein of Ann Sexton, Doris Duke, or Shirley Brown – and even though the arrangements are done north of the Mason/Dixon line (in New York by Bert DeCoteaux, and in DC by Tony Camillo), the record feels like it was lifted off the pressing plant in Muscle Shoals or Jackson! Titles include "I Ain't Giving Up", "I Miss You Baby", "Ask Me What You Want", "My Man, A Sweet Man", "I Just Can't Stand It", and "Strange Things". CD version features a whopping 11 bonus tracks – many of which were never issued before – and titles include the MGM numbers "My Heart Took A Licking" and "A Little Bit Of Something", plus "Ask Me What You Want (unedited master)", "Untrue Men", "I Don't Wanna Talk About It", "Strange Things (alt mix)", "My Man A Sweet Man (unedited master)", and "You're The Joy Of My Life (alt take)".  © 1996-2022, Dusty Groove, Inc.

Moods Of Millie Jackson – Her Best Ballads
Spring/Kent (UK), Mid 70s. New Copy
CD...$9.99 18.99
A side of Millie Jackson that we really really love – her ballads and mellow tracks – a style that Millie did unlike anyone else back in the day! Jackson's sometimes best remembered for her sassier side, but we love it when she kicks back and moves slowly into a groove – drawing ... CD