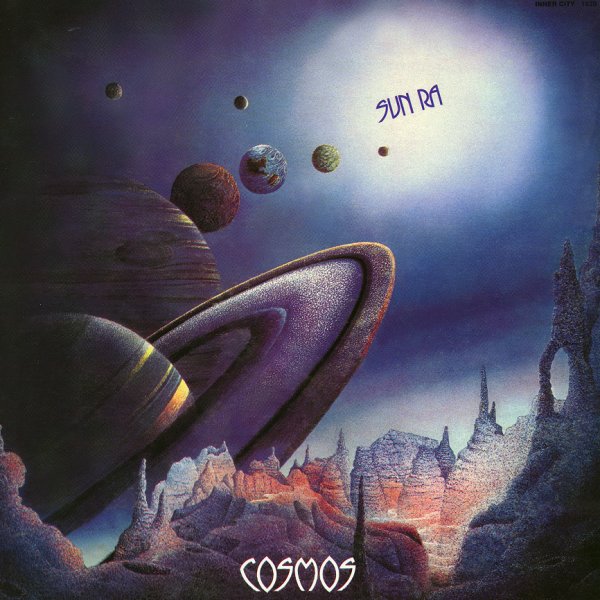 One of the best-remembered Sun Ra albums from the 70s – a really cool little session that features Ra playing the unusual "rocksichord" all the way through! The instrument's a very weird one – kind of like a messed-up electric piano, with lots of cool broken notes and a weird fuzzed-out tone – one that almost feels like a guitar's being fitted into a keyboard, with almost psychedelic results! Ra's use of the rocksichord gives the album a really eerie, outer spacey sound – one that mixes strongly with more familiar jazz lines from John Gilmore on tenor, Marshall Allen on alto and flute, Danny Thompson on baritone, and Ahmed Abdullah on trumpet. Titles include "The Mystery Of Two", "Interstellar Low Ways", "Cosmos", "Moonship Journey", "Neo-Project #2", and "Jazz From An Unknown Planet".  © 1996-2020, Dusty Groove, Inc.