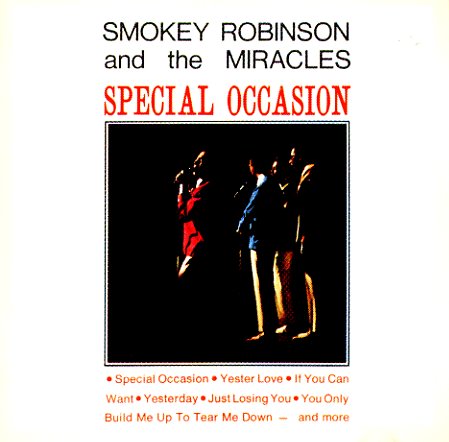 Smokey and the group do a great job on some lesser-known numbers – all presented with that wonderful warm polish that The Miracles brought to soul, a sound that's always great, even on a lesser-hit album like this! Titles include "Give Her Up", "Special Occasion", "Yester Love", "If You Can Want", "Just Losing You", "Much Better Off", and "You Only Build Me Up To Tear Me Down".  © 1996-2022, Dusty Groove, Inc.
(Brown and yellow label stereo pressing. Cover has some surface wear & aging, tiny peel spot on the back.)

In Square Circle
Tamla, 1985. Sealed Gatefold
LP...$7.99
Mid 80s, and while never that bad (nothing Stevie does is ever terrible – well, except for "Don't Drive Drunk"!), the record lacks that certain greatness that you'll find on even the lesser Stevie Wonder albums. Titles include "Stranger On The Shore Of Love", "Spiritu ... LP, Vinyl record album