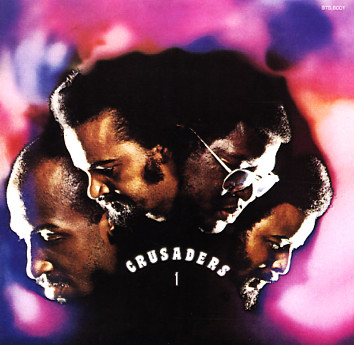 Sweet funky Crusaders – one of the first records the group made after dropping the "Jazz" from their name, and a soulful electric set through and through! The group still have that tightly-crafted soul jazz sound that made their late 60s recordings so great – but they're also stretching out here in more of a 70s electric funk mode – letting the keyboards of Joe Sample really set the tone for most of the numbers, as Wilton Felder's basslines weave with the drums of Stix Hooper to create a set of really great tracks. The double-length album is overflowing with great numbers – and in addition to the contributions of the core quartet, the album also features guitar from Larry Carlton, David T Walker, and Arthur Adams – plus a bit of extra bass from Chuck Rainey! The hip sound is a bit like some of Hugh Masekela's best jazz-based work for Chisa – and titles include "Full Moon", "Sweet Revival", "Mud Hole", "It's Just Gotta Be That Way", "Three Children", "Mosadi", and "So Far Away".  © 1996-2021, Dusty Groove, Inc.