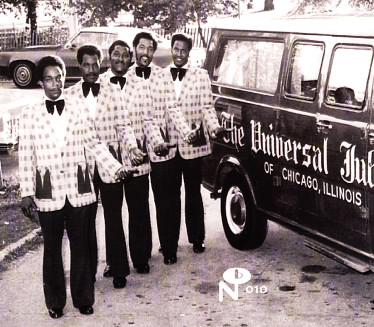 A killer killer compilation – the sort we've been dying to own for years! It's a well known fact that there's plenty of funky nuggets hidden amidst 70s gospel recordings – massive grooves and break-heavy tracks that rank right up there with the best indie funk from the same time. Yet tracking down these tunes has always been plenty tough – given that most gospel records sold in different circles, had different distribution, and often are less easy to decipher for the crate digger than more conventional funk and soul. Enter the folks at Numero – who have really gone all out this time around, and dug through piles and piles of rare gospel records to come up with a whopping batch of great tracks! This set is definitely ground zero for getting into funky gospel – and it's filled with far more obscure work than the Soul Gospel set on Soul Jazz – all indie numbers from small labels that only got minor distribution at the time. As usual with Numero, the notes and package match the soulful depth and righteousness of the music – and the set is one of the most perfectly wrapped-up genre compilations we've ever seen! 18 tracks in all – with titles that include "I Thank The Lord" by Mighty Voices Of Wonder, "This Old World Is Going Down" by The Modulations, "Look Where He Brought Us" by The Apostles Of Music, "Thoughs (sic) Were The Days" by LaVice & Company, "Bad Situation" by 5 Spiritual Tones, "God Been Good To Me" by Mighty Walker Brothers, "O Yes My Lord" by Voices Of Conquest, "We Don't Love Enough" by Triumphs, "Heaven On Their Minds" by Sam Taylor, "God Will Dry My Weeping Eyes" by Horace Family, and "I Call Him" by Masonic Wonders.  © 1996-2021, Dusty Groove, Inc.