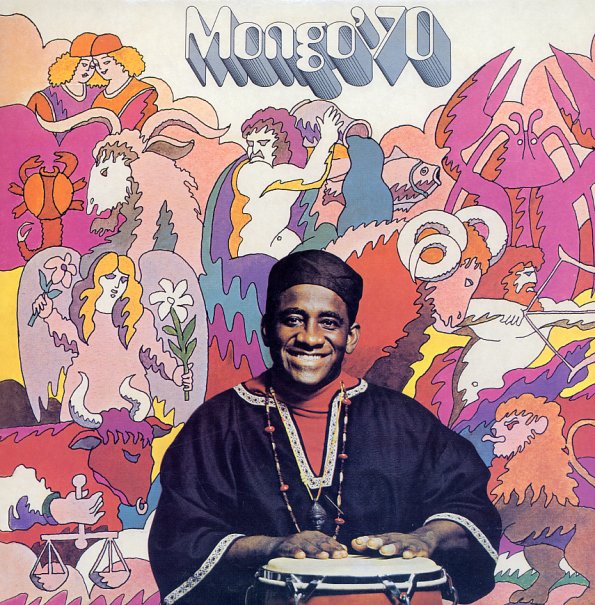 A killer set from Mongo Santamaria – one of his first albums on Atlantic, and a record that really keeps up the groove of his Columbia sides! Mongo's moving into very funky territory here – working with arranger Marty Sheller, and getting some great help on keyboards from Neal Creque – fresh to the group from his time in Pucho & The Latin Soul Brothers. Other players in the set include Sonny Henry, Roger Glenn, and Angel Allende – and the album cooks with a really nice mix of electric and acoustic playing! Titles include "Windjammer", "Look Away", "The Whistler", "Mo' Do", "Grass Roots", "Night Crawler", and "March Of The Panther".  © 1996-2021, Dusty Groove, Inc.
(Original red and green label Broadway pressing. Cover has some light wear and a cutout hole, but vinyl is nice!)

Feelin' Alright
Atlantic, 1970. Very Good
LP...$8.99
One of Mongo's biggest records of the early 70s – and an important early side for Atlantic Records! Moving to Atlantic from Columbia, Mongo hipped things up even more – picking up on important trends in soul, rock, and the Latin underground of the time. Atlantic gave Mongo the freedom ... LP, Vinyl record album

Asi Es Beny
Discuba, Early 60s. Very Good+
LP...$19.99
Beny More's a hell of a singer – one of the strongest voices of his generation, and an artist who can sound especially strong on an upbeat number! More's got a way of stretching out and inflecting his vocals that was a huge inspiration on the Latin Soul and salsa generations to come – ... LP, Vinyl record album