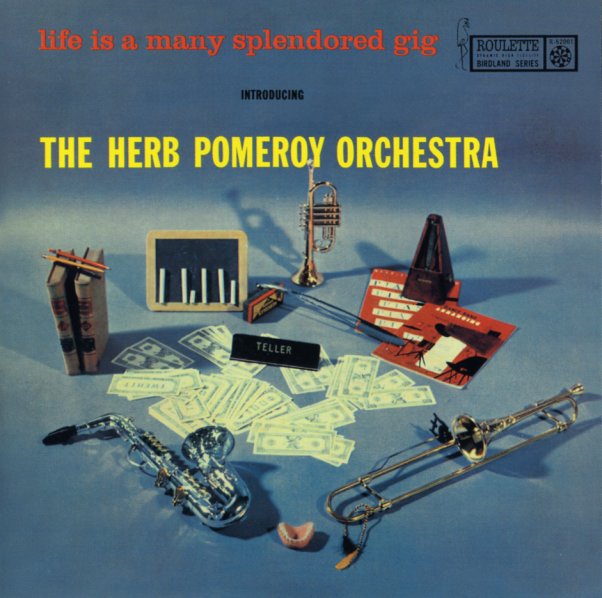 Life Is A Many Splendored Gig

Incredibly hip big band work from trumpeter Herb Pomeroy – proof that the Boston influence in the 50s was a very good force in modern jazz! The group here is large, but the sound is often quite lean – done with an open focus on the strongest soloists in the group – players who include Joe Gordon on trumpet, Jaki Byard and Boots Mussulli on saxes, and Ray Santisi on piano. The style is swinging and modern, but never too academic or Kenton-styled – and the driving solos on the record are quite heartfelt, and never hokey. Great stuff all around, with titles that include "Blue Grass", "Wolafunt's Lament", "Theme For Terry", "Less Talk", "Big Man", "Feather Merchant", "Our Delight", and "Aluminum Baby".  © 1996-2021, Dusty Groove, Inc.
(Color bar pressing with deep groove. Cover has wear and aging.)