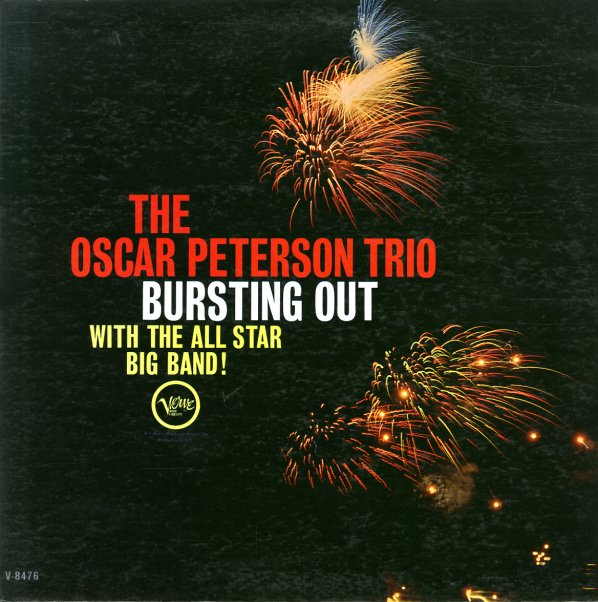 Bursting Out – With The All Star Big Band

A tremendous little record that has Oscar Peterson really pushing the fuller, stronger sound he started with his trio of Ray Brown and Ed Thigpen – a set that features additional backings by Ernie Wilkins behind the core sound of the piano combo! The mode here is in that "all soul" style of Peterson's huge-selling Verve albums from the time – but the addition of a larger group makes for a mode that's even fresher – because Oscar rarely used any larger backings, so the record's a real standout! Hearing the strength of the tracks, we're a bit surprised that Peterson never made more albums like this – because there seems to be added inspiration from Wilkins' presence, giving Oscar even more focus and drive on his solos. A rare outing, but a great one – with titles that include "Blues For Big Scotia", "Tricotism", "Manteca", "I'm Old Fashioned", "West Coast Blues", "Here's That Rainy Day", and "I Love You".  © 1996-2021, Dusty Groove, Inc.
(Mono pressing.)