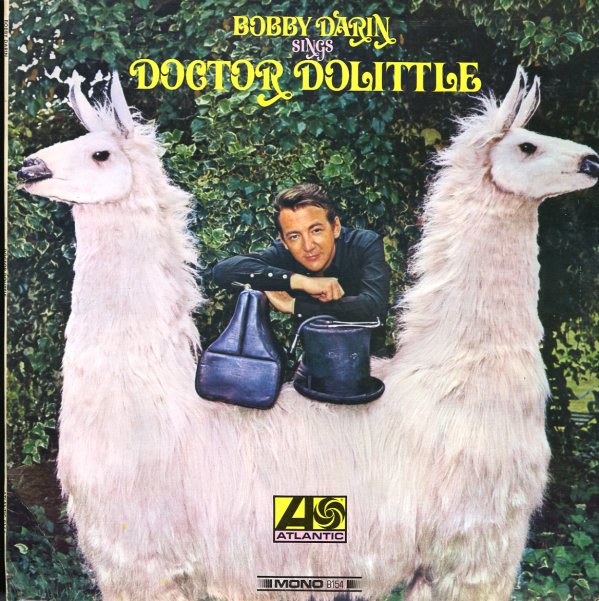 One of Bobby D's albums from his confused period in the mid 60s! Sounds sort of goofy, but it actually works, thanks to some swinging arrangements by Roger Kellaway, and the pep and zip of the score. Plus, the cover's got Bobby leaning on a push me-pull me, with a doctor's bag and a big stovepipe hat. Titles include "At The Crossroads", "I Think I Like You", "Fabulous Places", "Talk To The Animals", "After Today", and "My Friend The Doctor".  © 1996-2021, Dusty Groove, Inc.
(Green & blue label pressing. Cover has a cutout notch.)