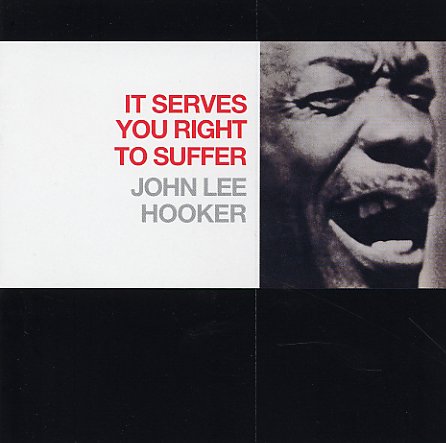 It Serve You Right To Suffer

An oddly placed session for Hooker – considering that it was recorded for Impulse during the 60s, when most of their work was in a jazz vein. In keeping with that, they've backed Hooker with a trio of jazz players – Milt Hinton, Panama Francis, and Barry Galbraith – who give the tracks a polished style that's different than some of Hooker's other work. John Lee's still out front, though, and the vocals are recorded very nicely. Tracks include "Bottle Up & Go", "Sugar Mama", "Decoration Day", "You're Wrong", and a good cover of "Money".  © 1996-2021, Dusty Groove, Inc.
(70s green label pressing. Cover has a cut corner and is lightly stained at the bottom 2 inches, with a bit of flaking on front.)