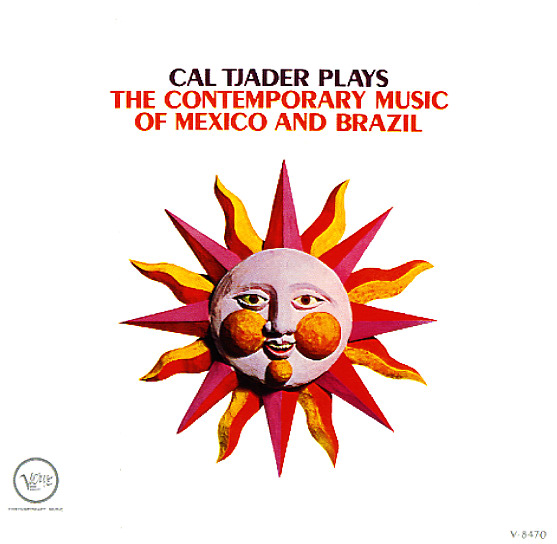 A groovy 60s session from vibist Cal Tjader – and an excellent little Latin set, with a mixture of bossa nova and Latin jazz that goes way beyond the promise of the title! The great Clare Fischer arranged the set – and if you know his work with Cal, you know that he's got a wonderful approach to jazz that works perfectly with Tjader's unique phrasing – a spacious sensibility, and a great sense of timing – one that always ensures the tunes sparkle with a sweetly stepping groove. Fischer plays piano on the record – and other players include Laurindo Almeida on guitar, Paul Horn on reeds, Johnny Rae on timbales, and Milt Holland on percussion. Titles include "Choro E Batuque", "Nao Diga Nada", "Elizete", "Imagen", "Vai Querer", and "Que Tristeza".  © 1996-2021, Dusty Groove, Inc.
(Mono MGM pressing.)