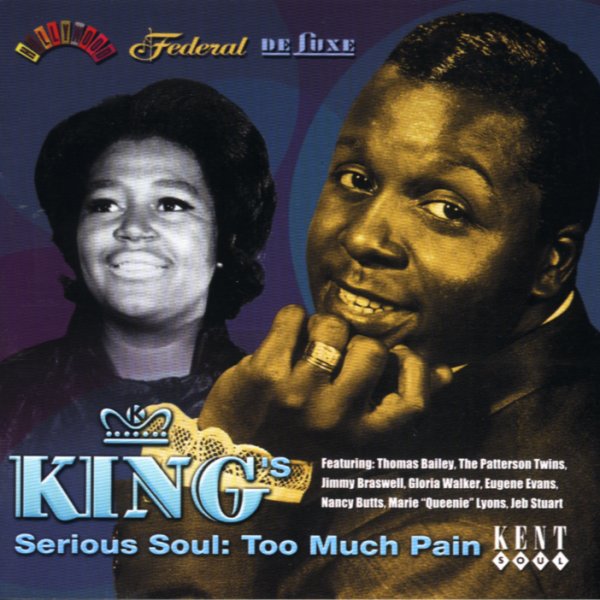 King Serious Soul – Too Much Pain

24 rare soul singles – pulled from the long out of print catalog of the legendary King Records (home to James Brown & others), as well as related labels like Federal, Hollywood, and DeLuxe! The tracks here have a fantastically deep soul sound – mixing southern heartbreakers with heavy northern tracks, all handled with a rawness that brings out the best of the artists in the set. Titles include "We'll Cry Together" by Marie Queenie Lyons, "Wish I Was Back" by Thomas Bailey, "Too Much Pain" by Eugene Evans, "Am I Wasting Your Time" by Robert Moore, "Back In Love Again" by The Patterson Twins, "Letter Full Of Tears" by Nancy Butts, "Lonely Man" by Eugene Evans, "Keep On Keepin On" by Cody Black, "My Darling Honey Baby" by Billy Soul, "Why Does A Woman Treat A Man So Bad" by Sam Baker, "Your Love Is Out Of Reach" by Jimmy Braswell, "All I Want Is You" by Lori & Lance, "Just Try A Little Harder" by Lord Thunder, and "Just Won't Move" by Thomas Bailey.  © 1996-2022, Dusty Groove, Inc.