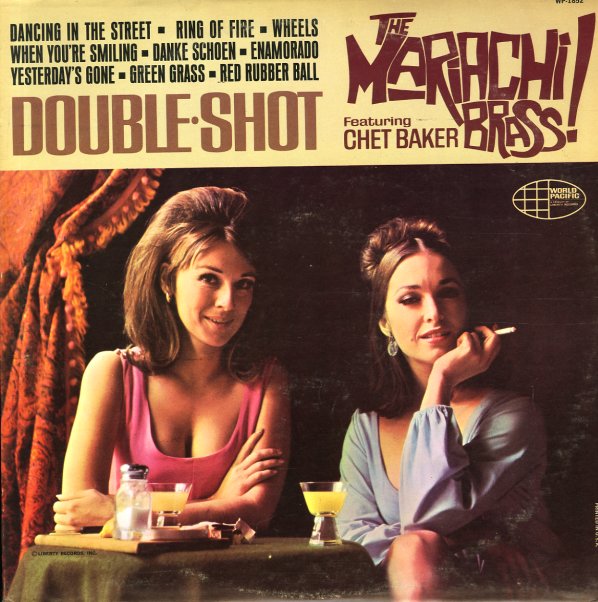 A very strange chapter in Chet Baker's career – one that has him blowing the lead trumpet in World Pacific's Mariachi Brass – a group that was clearly designed as a Herb Alpert ripoff! The album's actually pretty nice, thanks to arrangements by George Tipton that sway and swing – and also bounce with a bit of a mod 60s groove. Most of the tracks are covers, and Chet's sound is a bit lost – but overall, the record's a nice one. Titles include "Agua Caliente", "Wheels", "Ring Of Fire", "Red Rubber Ball", and "But Not Today".  © 1996-2020, Dusty Groove, Inc.
(Stereo pressing with deep groove. Cover has light wear.)

Hats Off
World Pacific, 1966. Near Mint-
LP...$11.99
A short detour in the 60s career of Chet Baker – one that we sure like a heck of a lot! This side is one of a couple that were recorded as an answer to the big success of Herb Alpert & The Tijuana Brass – with Chet's trumpet was backed by jaunty, brassy arrangements penned by Jack ... LP, Vinyl record album