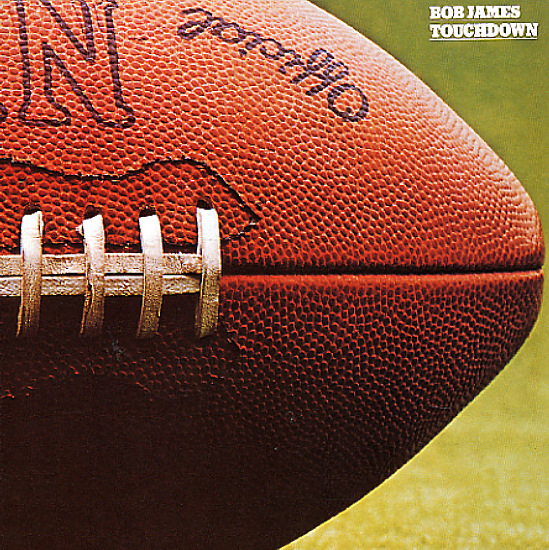 Sweet electric keys from the great Bob James – a record that's a bit smoother than some of his first few classics for CTI, but still plenty darn nice! The set's got Bob working with a range of key fusion and studio players who include Steve Gadd, Earl Klugh, Eric Gale, Hubert Laws, Mongo Santamaria, and Idris Muhammad – all coming together into the compressed 70s Bob James approach to funky jazz – a sound that's possibly best summed up in the album's extended take on "Angela" (also known as "Theme To Taxi"), done here with a slightly funky undercurrent that's totally great. Other tracks are a bit brighter and warmer – but still wonderfully soulful – and James has a way of hitting the keys on the Fender Rhodes that makes them "plunk" with this sweet sweet tone that's unlike anybody else on the instrument! Titles include "Sun Runner", "Angela (Theme From Taxi)", "Touchdown", "I Want To Thank You", and "Caribbean Nights".  © 1996-2023, Dusty Groove, Inc.

Weather Report (1971)
Columbia, 1971. Near Mint-
LP...$14.99
The groundbreaking first album from Weather Report – a massive session that took fusion to a whole new level for the 70s! Most of the players here had been associated with Miles Davis at some point in the year or two beforehand – and Miles' electric work is definitely a starting point ... LP, Vinyl record album

Cosmic Scene
Columbia, 1958. Sealed
LP...$29.99
A lost Duke Ellington gem from the late 50s – a session that has a decidedly different look than some of his other records of the time! We don't know if the Duke was into Sun Ra – but it almost seems like he was copping his thunder with this title and band name – a fair bit more ... LP, Vinyl record album

In A Silent Way
Columbia, 1969. Very Good
LP...$29.99
There's nothing "silent" here – as the album's a bold entry in the electric years of Miles Davis – one that still features contributions from Herbie Hancock, Wayne Shorter, and Tony Williams – but which also expands the lineup considerably – really reaching out ... LP, Vinyl record album

8:30
Columbia/ARC, 1979. Near Mint- 2LP Gatefold
LP...$28.99
Weather Report at the height of their 70s fame – captured live in a double-length set, very much the practice for jazz superstars of the time! The format is familiar – but the liveness gives the album a slightly different feel than their studio sets – a sound that echoes out ... LP, Vinyl record album

My Favorite Things
Columbia, 1962. Near Mint-
LP...$14.99
There's plenty of favorite things going on here – the alto of Paul Desmond, piano of Dave Brubeck, bass of Gene Wright, and drums of Joe Morello – that perfect Dave Brubeck Quartet, captured here at the height of their powers! The set's got no gimmicks, no special settings, but the ... LP, Vinyl record album